Over the years Sam the Toucan have made little significant changes, such as adding a couple more colors to the pet’s beak.

The biggest change that has been made to Froot Loops mascot image, has been the one that the company Kellogg’s, has presented a few hours ago in a video and on its social networks. Now the colors of the beak look like a rainbow. The colors are not plastics, the new colors have gradients.

But the worst makeover was suffered by Sam the Toucan, now the mascot looks like a character from a children’s cartoon, with manga character eyes and pastel colors.

This new image of Sam the Toucan has not liked anyone. It has received all kinds of criticism, the most common one that I have read is that now Sam is directed for a child audience. Because children are supposed to consume these types of cereals the most. 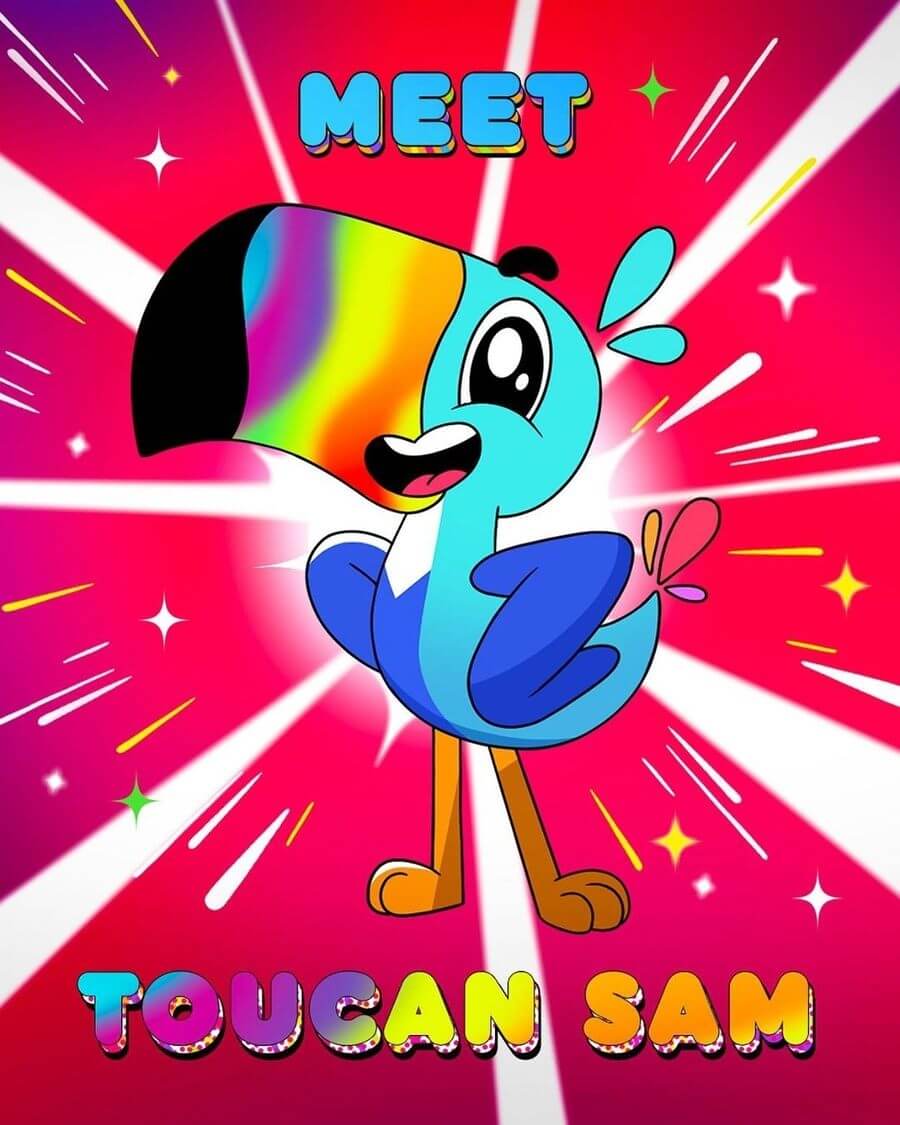 Kellogg’s has been updating their cereal mascots in recent months, something similar happened to Melvin the Choco Krispis cereal mascot. Now Melvin is a combination of an elephant with the body of a child. That by the way this change in the pet, did not like much.

But as the months go by, consumers end up getting used to seeing images of new pets, of our favorite cereals.

Another point to keep in mind about pets in food is that in some countries, pets are already prohibited from appearing printed on boxes. Especially in foods that contain a lot of sugar or that are considered junk foods.

So I guess in some countries like Mexico, we will never see the new image of Sam the Toucan printed on the cereal boxes. Where we could get to see Sam will be in commercials and social media posts for cereal brands.

I would like to know what you think of the new look of Sam the Toucan. Did you like it, didn’t it matter, or are you going to miss dear old Sam?

How do you rotate view in Illustrator?

How do you make a perfect triangle?

Is Adobe Illustrator a one-time purchase?

How do I shape a shape in Illustrator?

How much is Illustrator a month?