This illustrator makes comics with strange and unexpected endings 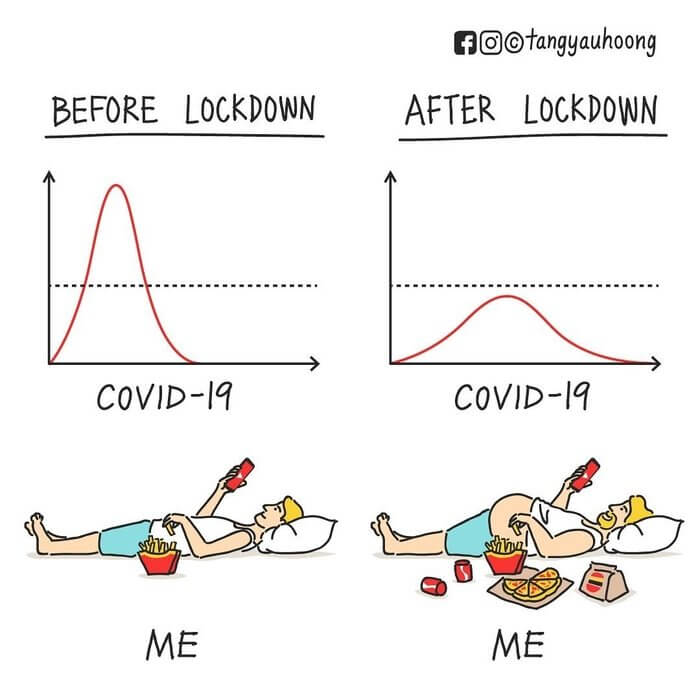 Tang yau hoong is a graphic designer who has been doing illustrations since 2007. He publishes his illustrations and comics with funny and unexpected endings on his Instagram account or on his website. He is an illustrator who gets into all kinds of projects, but the most successful are his comics.

They are little comics where a character tells a story or represents a moment in a very simple, fun and original way.

You look at the comic strips and you don’t know where the story will take you, usually the end of the comic is the opposite of what you had imagined. And that’s the great thing about Tang Yau Hoong’s work.

As in any good portfolio or Instagram account, there are works that are very good, that stand out from all the others. That’s what happens in the case of Tang, he publishes a lot of comics, but not all of them are that good. 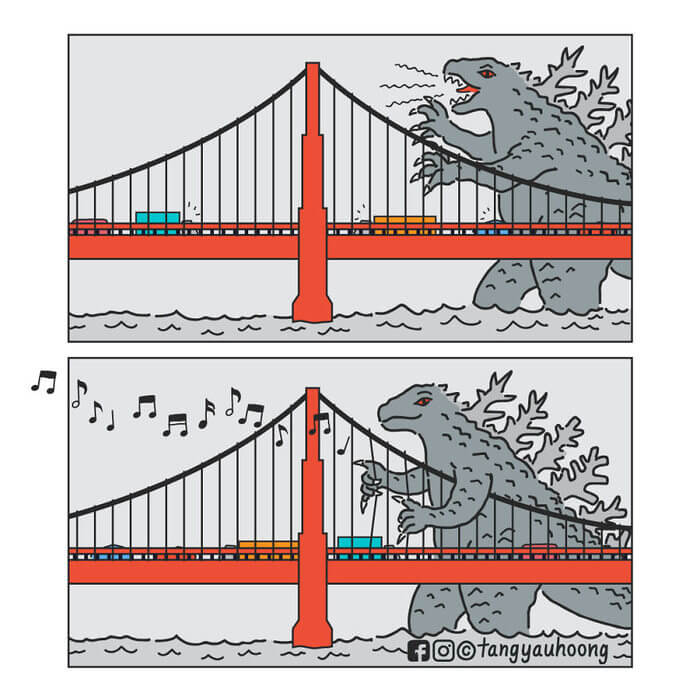 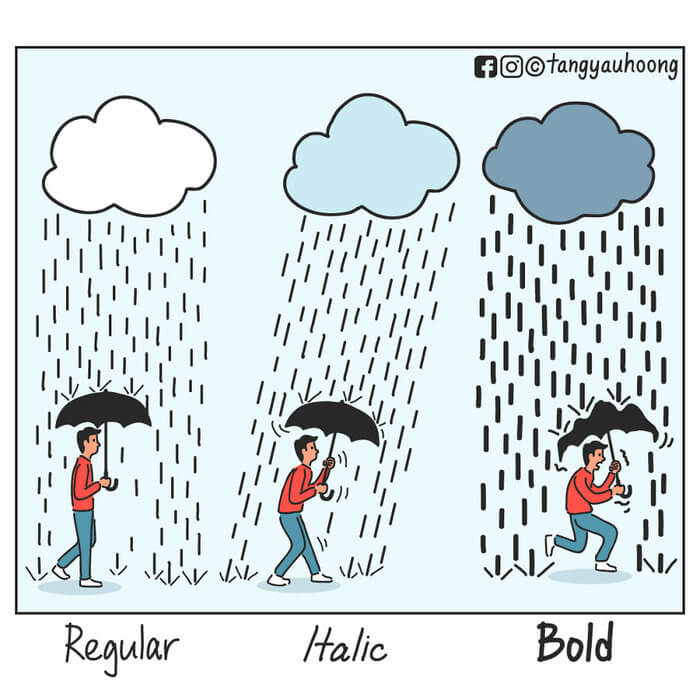 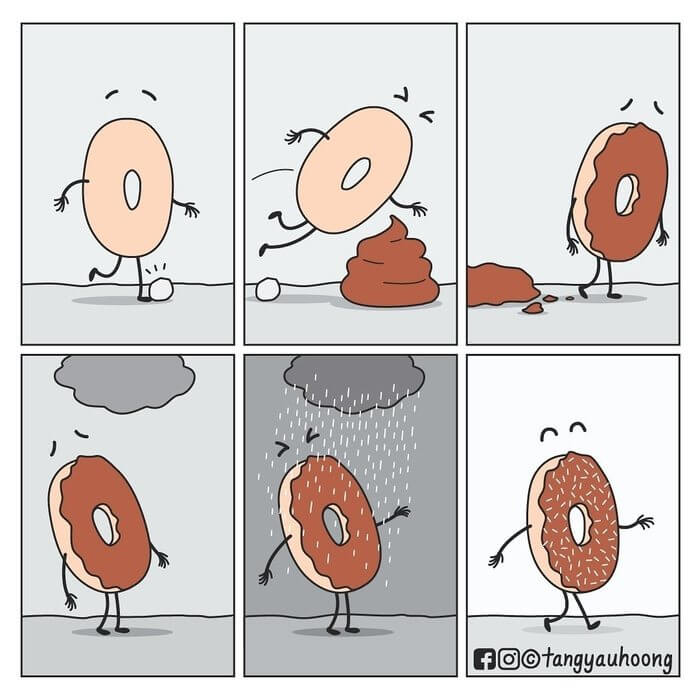 Nor is it that those comics or illustrations are bad, what happens is that there are a couple that stand out from the others. They provoke you to enter the Instagram account, to see comics equal to or better than the ones you found for the first time. But you get the surprise, that not all their jobs are so good or fun.

That is what happened to me, I saw the first Tang Yau comics, (are the 4 comics above) I entered his Instagram account with the idea of ​​following him, to see comics of the same style. But I discovered that the illustrator does not always publish comics, in fact he publishes illustrations that are used for magazine covers, and so on. 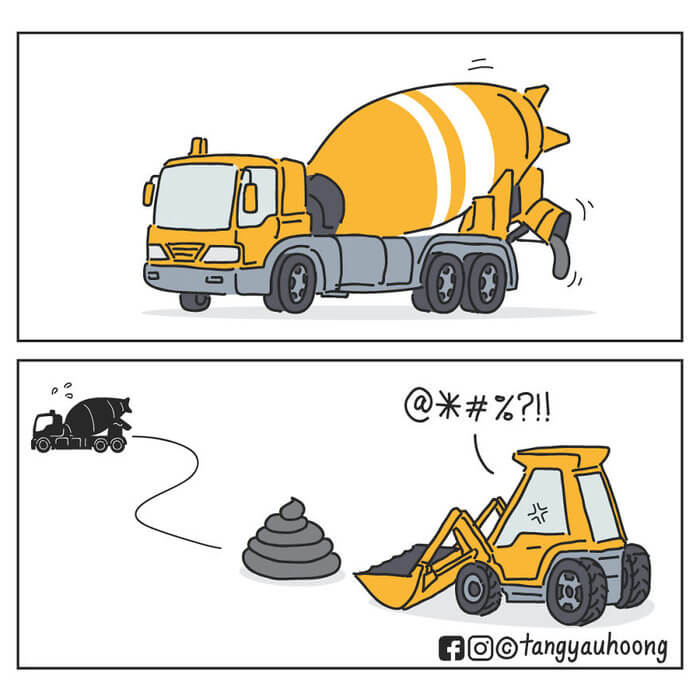 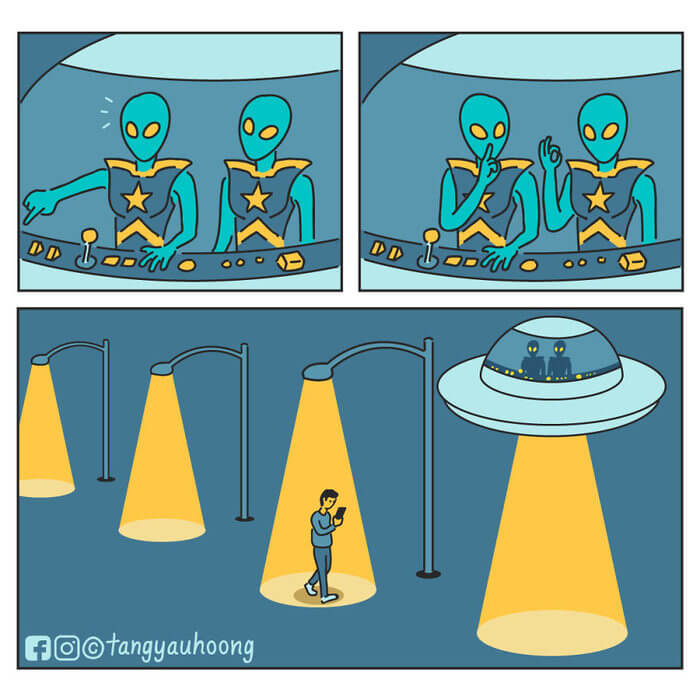 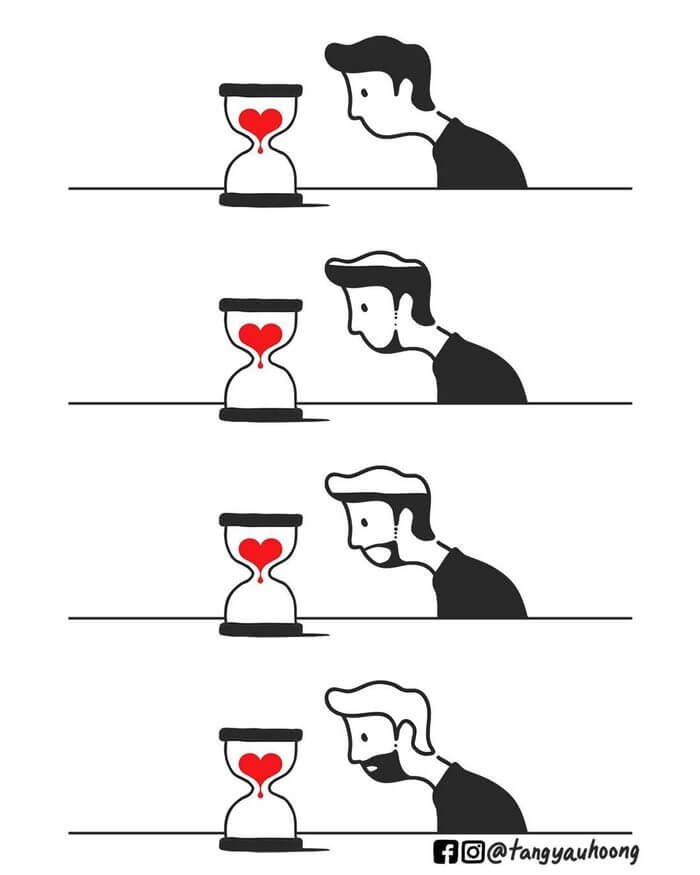 If you take the time, you can find on the illustrator’s Instagram account, comics as great as the ones you can see in this post. That alone is why this illustrator’s account is worth following..

Tang Yau Hoong has a digital store where you can buy merchandise printed with some of his illustrations. In case you really liked one of his comic and you want to have it stamped on a shirt.

How do I make a timeline in Adobe?

Is an AI File a vector file?

How do I get my panels back in Photoshop?

How do you type C on a keyboard?

How do I smooth edges in Photoshop pro iPad?